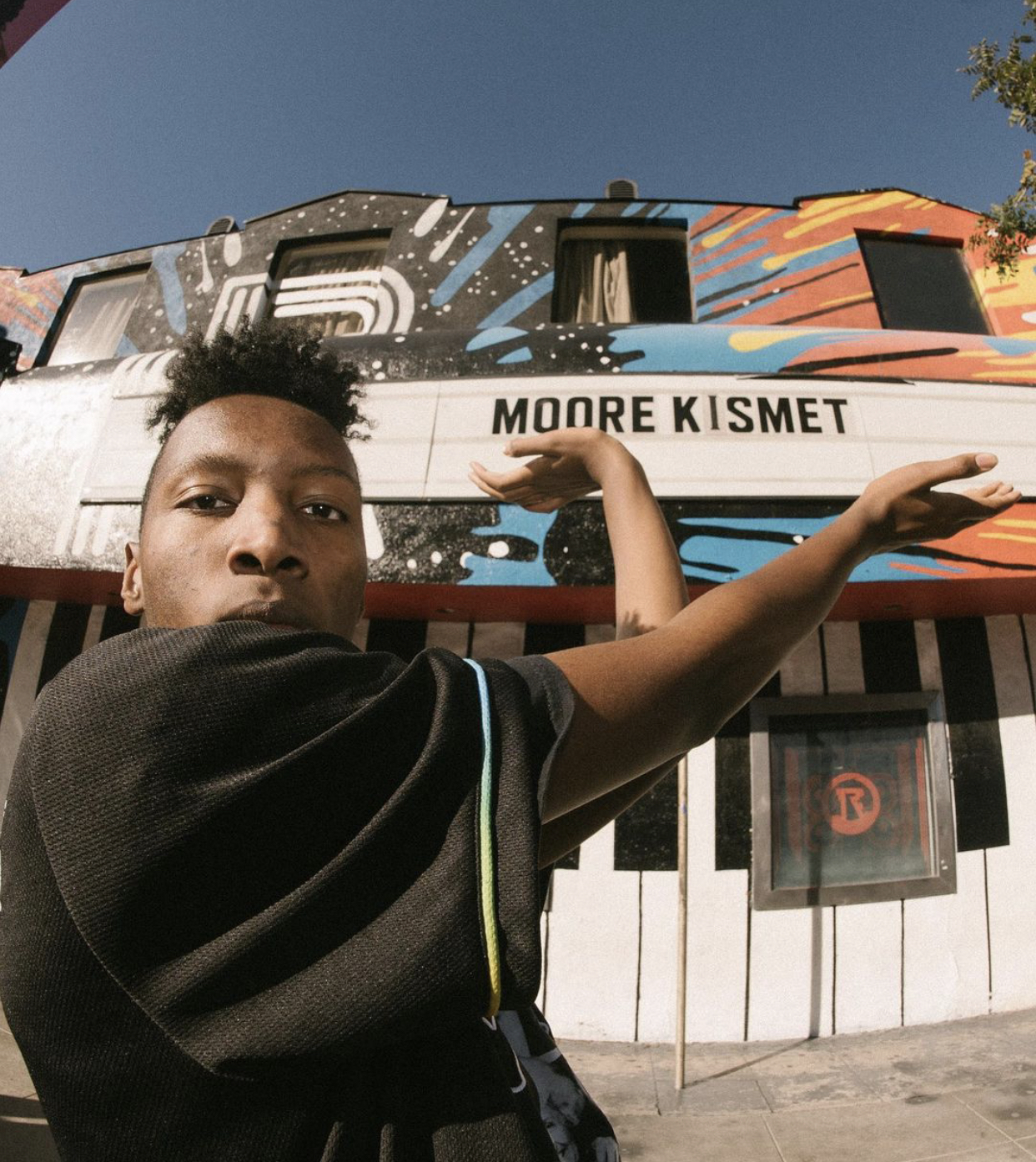 For their 18th birthday, Moore Kismet will be premiering as the headlining act in their hometown, the City of Angels.

Moore Kismet shares plans to celebrate their 18th birthday this December as the headliner for a Los Angeles show. California native, Omar Davis, better known as Moore Kismet is one of the youngest up-and-coming artists in the dance music scene. They began Djing at the age of 15, then shortly after dropped their first single, “Void,” in 2018.

Most recently they took to social media to express their gratitude and share a pinnacle moment in their career with their fans. “UNIVERSE: A CELEBRATION OF GROWTH, live at the ROXY in LA! my first ever headline show in my hometown on my 18th birthday!” the tweet captioned. Tickets are currently on sale for this epic extravaganza.

after years of hard work & daydreams about this day, it’s with exceeding joy that I finally announce

UNIVERSE: A CELEBRATION OF GROWTH, live at the ROXY in LA! my first ever headline show in my hometown on my 18th birthday! 🌎🌈

Many fans replied to their announcement with joy and admiration, “so proud of u bb can’t wait for this one 🫶,” tweeted one fan. The show is scheduled for Saturday, December 3rd at the infamous Roxy Theatre in West Hollywood. The venue originally oped in 1973 becoming a staple nightclub for many legendary musicians. Most notably Bob Marley and The Wailers, Neil Young, and Jane’s Addiction to name a few.

In June of this year, Moore released their first full-length album, “UNIVERSE,” on Thrive Music. The debut album is a 17-song banger featuring artist collaborations with Pauline Herr, Tasha Baxter, and TYGKO. The number of songs on the album represents each year of Kismet’s life and was released during pride month in celebration of the LGBTQ community.

Since then they have been on tour in support of their debut album. They have been playing in multiple cities across the U.S. along with festival performances. During Halloween weekend Moore took the stage at Escape Halloween one of their biggest shows to date. Dressing up as iconic Tina Belcher from Bob’s Burgers and performing her signature dance.

Kismet has been planning to deliver a memorable experience on their 18th birthday not only for themselves but for their fans as well. “I’ve been busting my ass these last few months working on tons of new ideas, music, and visuals for this show,” captioned their Instagram post in front of The Roxy. Moreover, the excitement for their first headlining show is building with just a little under a month away.

You need to add a widget, row, or prebuilt layout before you’ll see anything here. 🙂