How California Conquered Festival Season in 2022 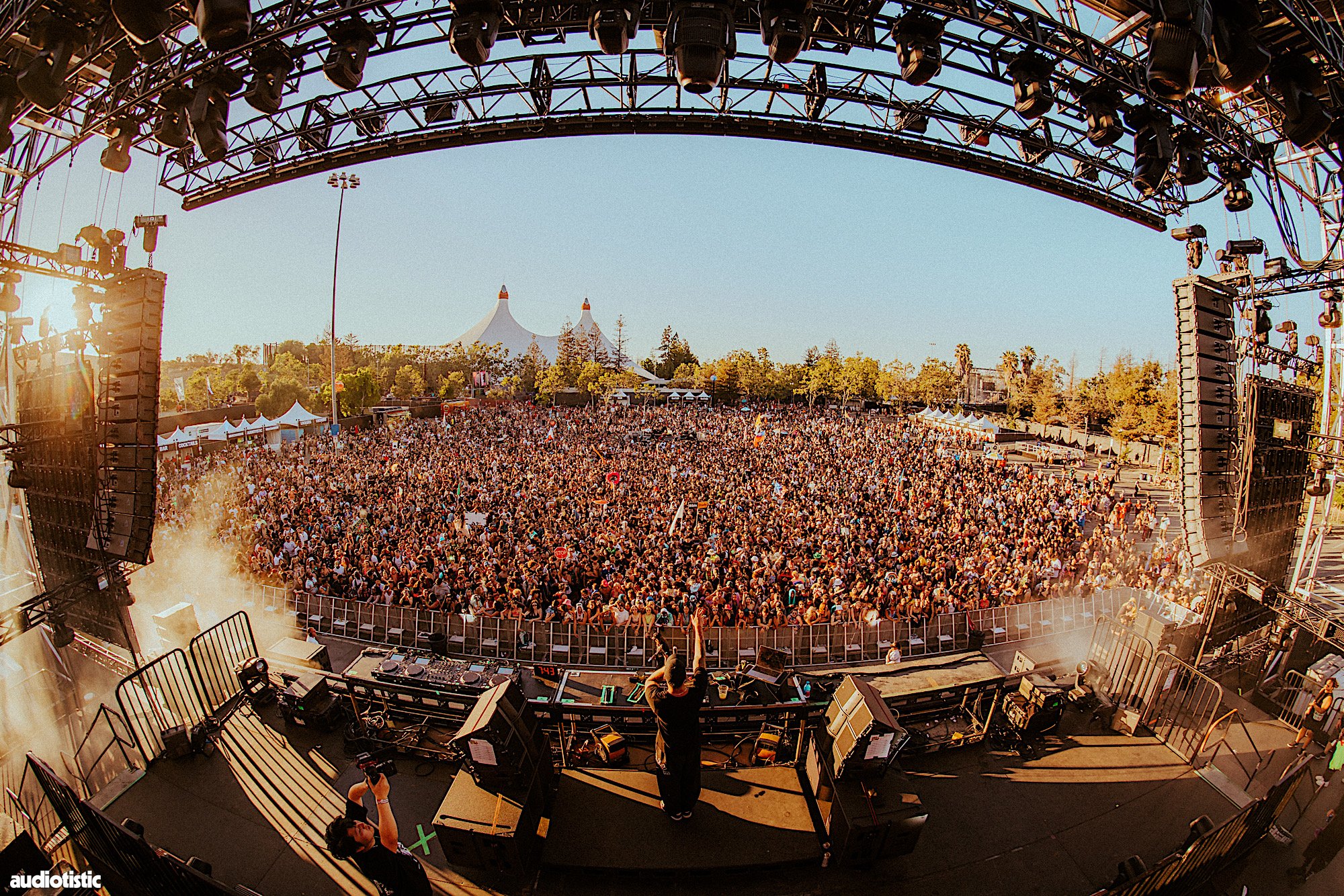 As musicians recovered from pandemic slumps and returned to the live space this past year, California took the cake for welcoming back the festival season as we remember it.

The Do LaB‘s Lightning in a Bottle is essentially Burning Man West. It certainly isn’t as enormous, isolated or majestic; it does, however, radiate the same energy as the Black Rock Desert once a year, but with the flavor of California. Each year, the festival attracts large groups of peace-loving hippies looking to move freely by the Buena Vista Lake as a range of artists take over the area with their music.

This year, the party went on for almost a week and it was truly enchanting. In addition to accommodations for art, yoga and meditation, the lineup featured heavyweights such as Kaytranada, GRiZ and SG Lewis, among others. Next year marks the 20th anniversary of California’s spiritual carnival, and it’s going to be massive — might serve you well to mark it on your calendar!

Insomniac‘s Day Trip is quite aptly branded an event that promises “House Music All Day Long.” Founded in 2018 as a series of open-air house events, its organizers bundled their top picks into a two-day gathering in 2021. The sophomore installment took place this year and demonstrated that this concept is gaining momentum at a ridiculous pace.

Set by the waterfront in Long Beach, this festival showcases the magnificence of Southern California, from toasty afternoons through fuzzy sunsets and into the enchanting night. This summer featured an all-star lineup led by Bob Moses, MK, Fisher and Lane 8. Along with its nocturnal alias, Night Trip, this brand will only expand in the coming years as the house community has taken a liking to it.

Audiotistic has been around for a while, bouncing around California. In 2017, it found a new home in Mountain View up North and returned the following year as a two-day event. This formula seemed to work well enough that the Shoreline Amphitheatre, already one of the most prized venues in the state, has become a default location for the festival.

2022 kept with the tradition of bringing attendees an assortment of genres and artists, and as usual, they did not disappoint. Across two stages in two nights, Chris Lake, Rezz, Dom Dolla and Svdden Death played headlining sets and set the festival grounds ablaze. It was certainly one for the books as it cemented a new format for Audiotistic — hopefully one that continues into next year.

San Bernadino hosts one of Southern California’s biggest parties every year, and most already know that it’s Hard Summer. After all, it’s named that for a reason. Amid the scorching July heat, a diverse blend of artists has helped cool the area down for over a decade now. Kickstarted in 2007, the event has grown immensely and taken on several different forms over the years. Today, it is one of the most popular festivals in California thanks to its explosive lineups and coruscating atmosphere.

Porter Robinson, Alison Wonderland and Zeds Dead were among some of the knockout performers at this year’s event. Though the featured artists don’t align with one specific genre, the electronic music team certainly stood out for nominating their finest to take over the five stages — NGHTMRE, Madeon, Jai Wolf, TroyBoi, Tchami and 100 gecs were all present and on their A game.

San Diego is beautiful in a way that is different than most major cities in California — clean and proper, and not too … crazy. Because not too many large events take place there, people tend to forget that it is still beyond conducive to raging. After debuting in 2014 as an underground dance music festival, CRSSD has picked up a great deal of speed and presented fans of the genre with some of the biggest names in the game.

This year was no different. With pulls such as Duck Sauce, Jamie xx, ARTBAT, Joseph Capriati and Reinier Zonneveld to their credit, this event will only move forward and upward in the future. 2022’s lineup even featured a rare American appearance from big-beat pioneer Fatboy Slim, establishing the festival as a sanctuary for fans and stakeholders of electronic music culture.

The California Bay Area is a different breed unto itself. There’s something eerie yet dreamy about the foggy greyness of the San Francisco coast, and the inaugural Portola festival clarified that this is in fact a popular opinion. When thousands gathered at the City’s Pier 80 in late September, nothing seemed to stop them from having the time of their lives.

Over the two days, the destination became cold, windy and wet from the rain, but that’s just how they do in SF. Sets took place in the open as well as in tents, and then there was also that stage inside a warehouse! The weather came with its own challenges but the artists and fans pulled through somehow and made it work. The event’s success, of course, can also be attributed to some of the up-and-coming artists who performed there, namely Flume, the Chemical Brothers, Jungle, Charli XCX and Peggy Gou — you might have heard of them; it seems they have a bright future in music. 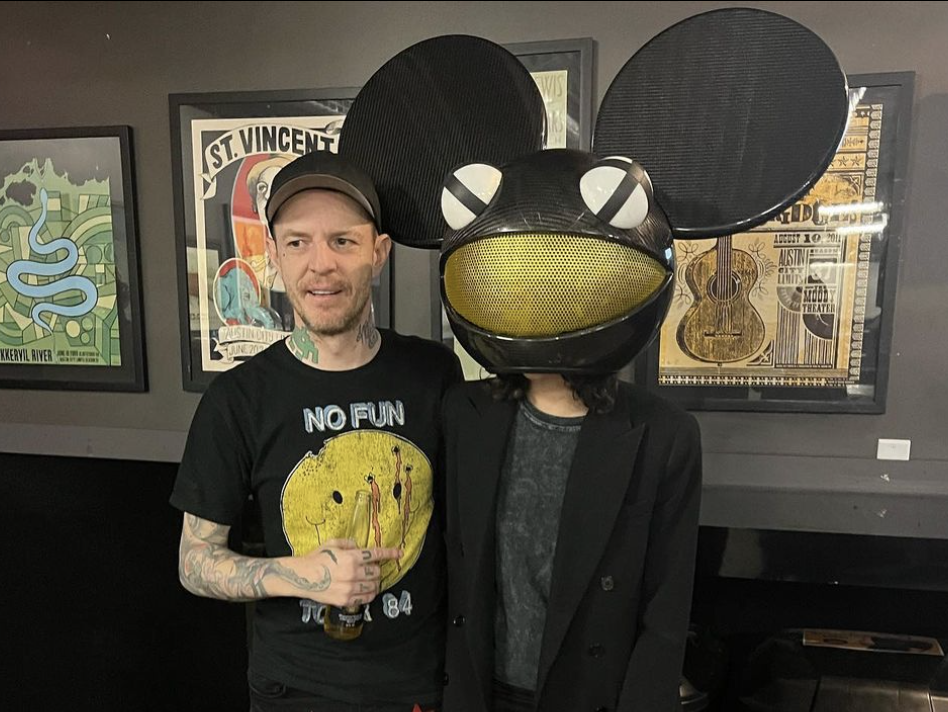