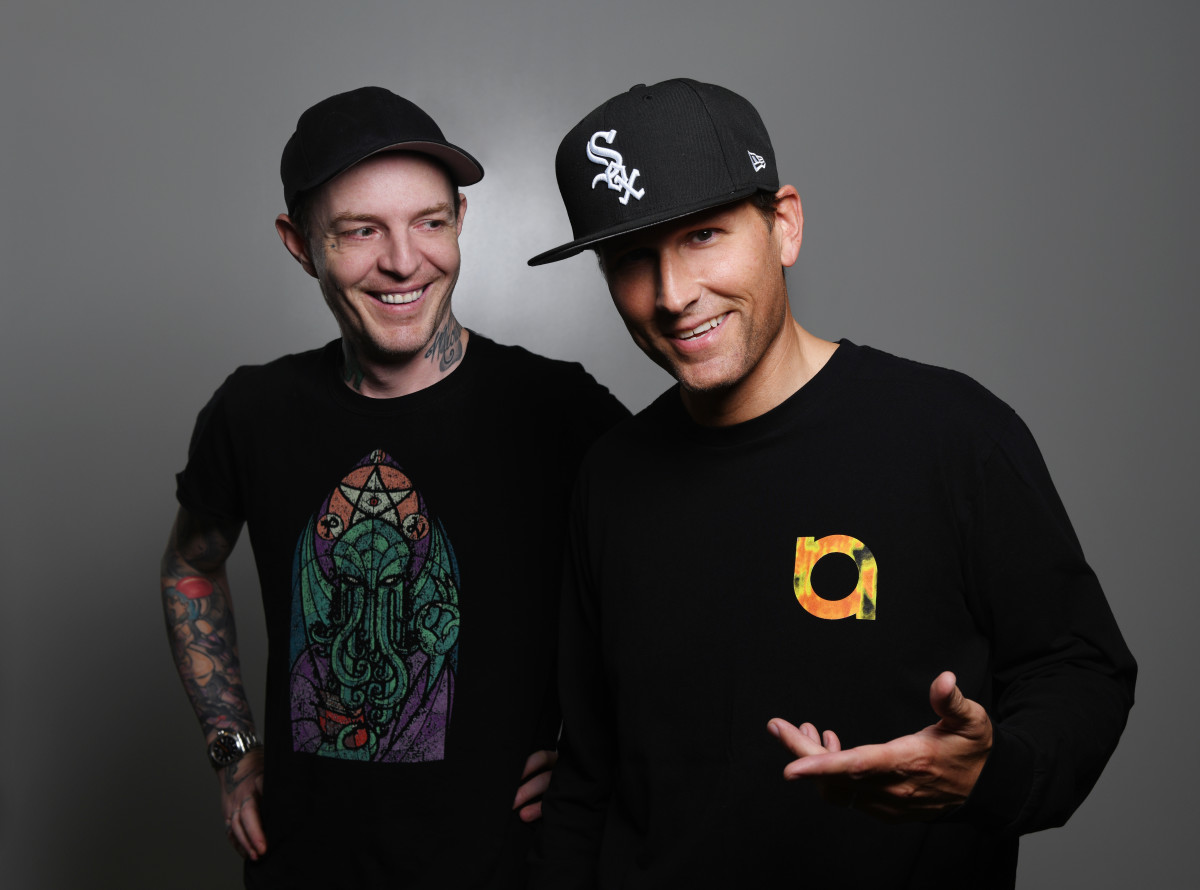 Kaskade and deadmau5 recently went on Instagram Live for an interview with the LA Times, during which they repeatedly clowned the person conducting the conversation.

Last week, Los Angeles Times journalist August Brown was tasked with interviewing Kx5, the newly formed superduo consisting of Kaskade (Ryan Gary Raddon) and deadmau5 (Joel Thomas Zimmerman). If having two of the biggest names in House and EDM on Instagram Live isn’t already overwhelming, the exchange went on to have far more blips than the average artist-reporter interaction.

The interview lasted about half an hour and grew progressively uncomfortable, so much so that getting through the entire video has become a challenge in itself. Both DJs didn’t seem too serious to begin with, so it didn’t take long before their cooperative etiquette began noticeably dwindling.

Brown does not come across an expert on electronic music, which shouldn’t be a problem because a lot of the people who view the LA Times’s music content aren’t either. However, the interviewees didn’t seem particularly thrilled about having to speak with a journalist who hadn’t done his homework, and the above post’s comments section is packed with disgruntled fans emphasizing this.

What ended up happening was Brown asked Raddon and Zimmerman a series of template questions that could apply to most musicians, and his lack of focus made the entire conversation very stiff and largely ineffective. Because the prompts lacked specificity, the answers did too. It becomes quite apparent that both artists lost interest quite early in the interview, with Zimmerman even pointing out that “these are very convoluted, societal questions” when asked about rave culture.

All in all, the interview seemed like a mismatch — each of the professionals present excel at their respective crafts, but they could perhaps have done without broadcasting half an hour together. That aside, Kx5 has new music on the way that they’ve been stirring up excitement for with the release of multiple singles over 2022. The full-length studio record is expected to drop early next year.

Kx5 are set to perform at the LA Memorial Coliseum on December 10, joining a list of high-profile artists such as Roger Waters, Bruce Springsteen and Red Hot Chili Peppers before them. As of now, the duo has one more performance scheduled for Ultra Music Festival in Miami next year, with more dates expected to follow as they inch closer to the album release.