Fan Gives Shout Out to Excision on The Price Is Right 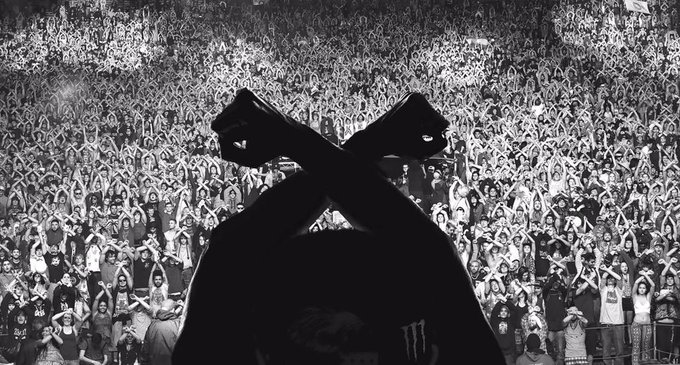 Excision posted a shout-out on Instagram to a fan after receiving a shout-out from him on The Price is Right.

Last week, electronic dance music fans may have heard something unusual while watching regular daytime television. On a popular game show, The Price is Right, a familiar name was shouted out while a contestant spun the iconic The Price is Right wheel. A recent contestant, Vu, gave his best spin to the wheel and started making his shout-outs. Similar shout-out names like Vu’s mom, dad, and the audience. Then suddenly Vu stated “Shout out to Excision, X up!”, while throwing up the ‘X’ sign.

Jeff Abel, mostly known as Excision, is a top-rated dubstep DJ and producer. He is best known for his insane production at his own curated festival and shows like Lost Lands and The Paradox Tour. At these shows, you can expect tons of lasers, trippy visuals, and tons of wubs and dubs. This Canadian producer has been in the electronic music scene for some time, with his first release “Warning” being released back in 2007.

Since then, he has soared to the top. He is an artist almost any person in the electronic dance music community would know. He has over 1.6 million subscribers on the streaming service Spotify with popular tracks like Throwin Elbows featuring Space Laces and Feel Something featuring Illenium hitting over 40 million streams.

Excision is a must-see for anyone wanting to go on a journey through the sounds of riddim and dubstep while experiencing out-of-this-world production. You can catch these once-in-a-lifetime sets at his own curated shows he has planned for next year. He will host three curated events including “The Armory” in Minneapolis, “Thunderdome” in Tacoma, and “Mile High” in Denver.

Shout out to Vu for this awesome moment! And hopefully, he was able to win some money! If so, you might catch Vu rocking out at the next Excision event. Also, below check out popular tracks Excision.

Fan Gives Shout Out to Excision on The Price Is Right
November 23, 2022