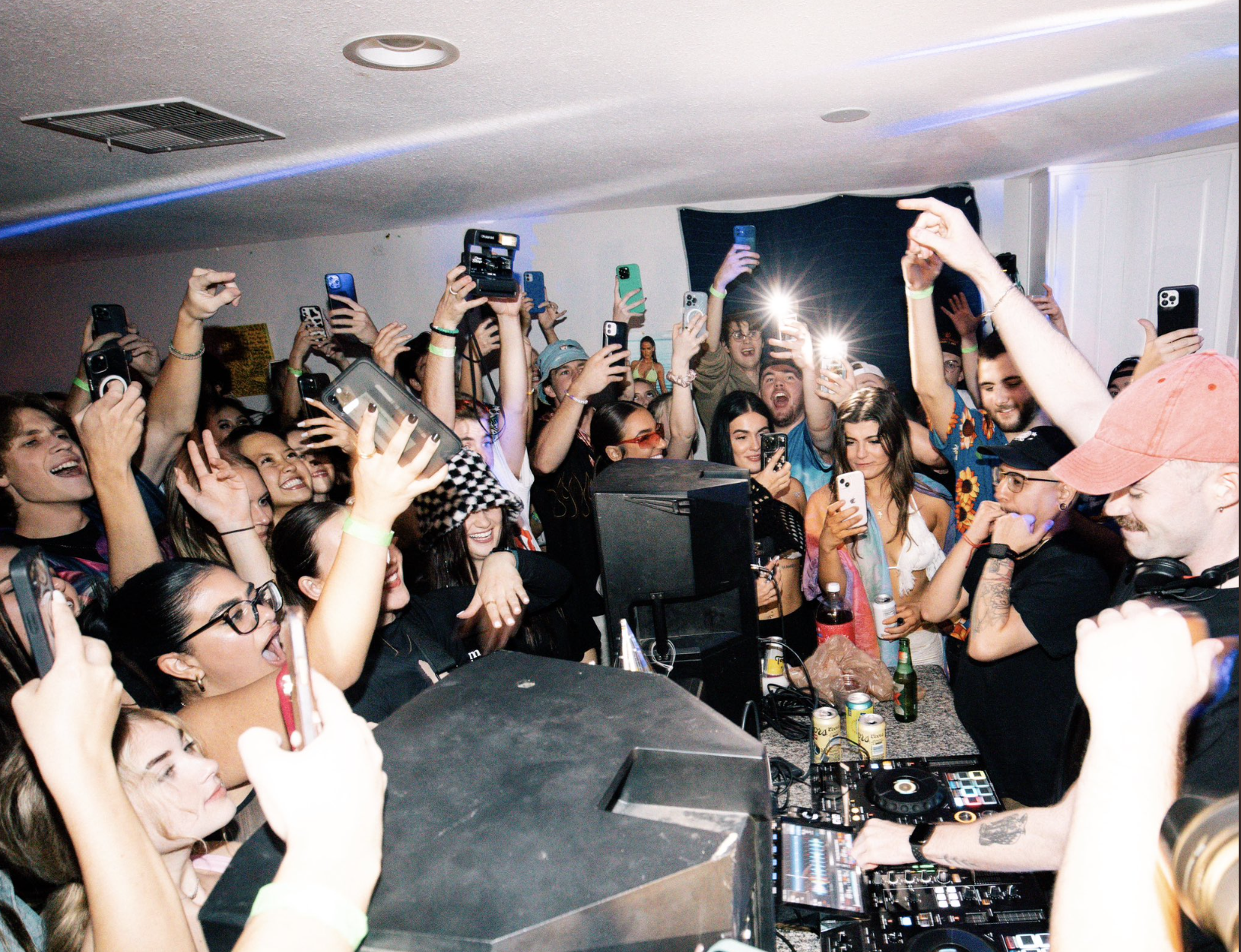 Dom Dolla blessed a lucky college student by throwing a wild party in his dorm room.

This past weekend Dom Dolla ended up playing a college show. No, there was no stage, and no you couldn’t buy tickets. This was one of those situations where you had to be in the room. A college student at an undisclosed college was lucky enough to have the almighty Dom Dolla play a set in his dorm. From the looks of the images, you can say it was a sold-out show.

It doesn’t take much to throw a party these days. From the looks of the images, it only requires 2 speakers, a DJ console, and of course, a DJ, and you’re good to go. Maybe one-day videos will resurface from this night, but for now, we can all enjoy a room full of lucky college kids witnessing greatness.

Over the weekend, Dolla was in Orlando to play EDC on Saturday for a special ‘sunrise set’. What also ended up going down was a secret B2B set featuring his “turbo” partner, John Summit and Green Velvet. What makes this trio all the more special was that this was not their first time playing together. At EDC Orlando 2021, this B2B went down for the very first time. There’s definitely something in the air over in Orlando.

Last but not least, Dolla has been playing show after show for his North America tour run. Recently, he played massive shows in Los Angeles, Imagine Festival, CRSSD, San Diego, and so many more. Not to mention his newfound love for college dorm rooms.

To wrap up the year he’ll be making one final appearance in Las Vegas for his residency at Marquee Nightclub as well as Holy Ship! Wrecked in Tulum, Mexico. Be on the lookout for new show announcements as well since Dolla has already announced a headlining show at Red Rocks Amphitheater in Denver for April 2023.