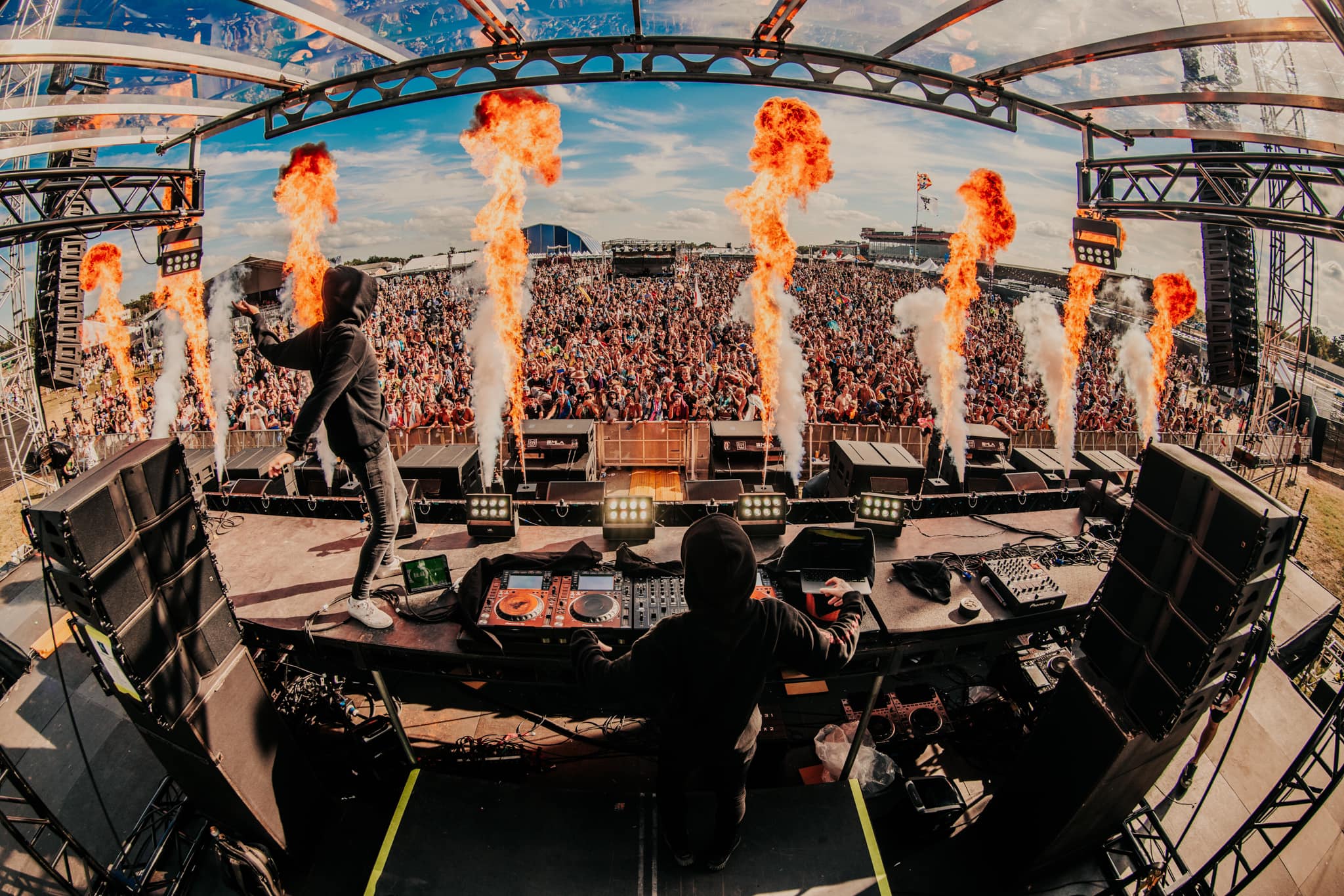 ATLiens and Svdden Death have finally released their joint single that had been unofficially circulating dubstep circles for years.

In the leadup to the first-ever Summoning of the Eclipse Fest in Tennessee that commences today, Atlanta dubstep duo ATLiens and LA-based DJ Svdden Death dropped their debut collaboration, “Purgatory,” via Bassrush Records. The single is now available on all streaming platforms.

Svdden Death has crafted an identity of his own by emulating the likes of Noisia, 16BIT, and Skrillex, and is now among the best-known bass merchants in the business. ATLiens, however, enjoyed their first taste of commercial success when Skrillex himself debuted their single, “Chief,” at Boiler Room, following which they were endorsed by RL Grime, Diplo and Jack Ü. Put simply, the coming together of these two forces is massive.

Regarding the new track, Svdden Death said the following: “I never planned on this track being released, as it was a quick WIP the Aliens sent me during quarantine to work on right before my EDC set in 2020. Over two years after the track was played out during my EDC stream, fans seemed to still be tagging us in it and the hype continued to grow. So when the Aliens asked if they could release it a couple years later … I was hesitant at first, but after we worked on it some more and upgraded it a bit, I said, ‘fuck it, let’s do it,’ and I’m finally happy with the result and stoked for everyone to hear it.”

In just under three minutes, this new release accomplishes a great deal. Spectral, unpredictable and mercurial, “Purgatory” is a hard-hitting industrial joint that will have your body moving involuntarily. The astronaut featured in the single’s artwork quite aptly represents the otherworldliness of the song, demonstrating the lengths to which both artists went to temporarily remove listeners from earth.

The track has been unofficially making the rounds online for nearly two years, so it is a relief for fans to finally have proper access to it. In addition to multiple fan accounts, it has been played on Youtube channels Dubstep Mansión and Unreleased Fire, among others.

ATLiens is best known as the masked pair that has been dominating the electronic scene for years, from touring the world to dropping hits like “Interlock” and “Alchemy.” The release of ‘Invasion‘ in 2018 and ‘Ghost Planet‘ in 2019 solified their reputation for reliability and they can now be found playing at top-tier venues and festivals such as Lost Lands, Moonrise, Freaky Deaky and EDC Orlando. Bay Area native Danny Howland aka Svdden Death is currently at the forefront of contemporary dubstep and has been on the rise since the release of his first EP, ‘Spelljam.’ Today, he is one of the biggest independent acts and his popularity continues to grow at an unprecedented rate.